Producer, musician, and collage artist fantompower is the newest addition to our music spotlight on Chillhop’s editorial page. The Washington state creative has just released his new album infinite (i). An instrumental experience both reflectively internal and conscientiously external, the album is both melancholic and uplifting, like meditating as it rains.

While plenty of singles have been released (many of which through our Essentials compilations), as well as music through his side project jade and his band Club Mage, infinite (i) is fantompower’s first full-length in over three years. At a time of personal change and evolution, this album shows the bigger picture, reveals the full grasp. With a fitting title, this LP is one to play endlessly, from front to back, on repeat as this decade comes to an end and another begins. Forever and forever, infinitely.

In the interview below, I spoke with fantompower about his new album, his studio setup, his side projects, taking on music full-time, therapeutic outlets for creative release, Nintendo, Bon Iver, advice, and much more.

What’s the meaning/origin behind the title infinite (i)?

In the summer of 2018, I had a couple months where I veered deep into existentialism. I started to really question the purpose and meaning of life; I started realizing that everything is as infinitely big as it is small. There’s life on so many different levels, and in reality we’re living on a planet of many planets, in the theoretically never-ending cosmos. If that’s the case, what’s the point of all this? I found that answer in my idea of consciousness, and the self. My experience is unique from everyone else’s, and that can never be taken from me. That voice inside me is timeless, it is infinite.

This project feels very reflective and melancholic and perhaps isolated as well. You mentioned consciousness and the self. Do you see this project as an internal catharsis?

I’d say that’s a good way to put it. Since I started making music, it’s become my favorite way to express how I’m feeling and what’s going on in my world. This is my first album in over 3 years, and I don’t release music all that often. The reason for that is that I only try to put out music that i can truly stand behind, I have to get a certain vibe from it. I worked hard on this music, and I’m honored to have a team like Chillhop want to help me share it with the world.

Selecting a track at random from your project: “Endless Ether”, what can you tell us about this track?

This track was the one that sparked most of the sonic inspiration for the album. When I came up with the idea initially and was building the song, I knew I had something special that I wanted to work other things around. Sonically speaking, I wanted Infinite (i) to be a project that you could listen to in one sitting, something concise, yet cohesive. This track was the catalyst to that idea.

What instruments / programs were used in the making of this project?

Ableton is my motherboard. Other than that, I used a variety of guitars and basses laying around my old spot. Near the beginning of the year I got a Yamaha Reface CS Synthesizer, and I ended up using that synth a lot on this album.

How old is the oldest track on this project and how new is the newest?

How did you know when this project was done and it was time to finalize / move on?

I made a lot of music during the 6 months of making this album, and this album is a short and sweet 20 minutes. By the time I felt ready to finalize and put the finishing touches on tracks, I probably had 15-20 songs that could potentially work for the project. From there I picked the final songs and worked on their transitions to make sure things flowed smoothly.

Were there any tracks during these sessions / period of time that came close to making the cut but got scrapped?

After editing down the album and finishing the songs I felt fit the concept the most, i had ten songs to turn in. Two of them eventually got cut from the album (they were probably just a bit too weird haha), but I might end up releasing one of them as a single soon.

Are the vocals at the beginning of “Where Home Is” voicemails from family and friends? Can you expand on that decision? Do they know they’re on the song?

You nailed it, they’re voicemails from my grandma, mom, sister, and dad. There wasn’t that much thought that went into it really, I was just going through old messages and recorded some of them. It made me feel good to incorporate people I love into my song, made me feel at home. I think some of them know? I’ll be sure to show all of them once it’s out.

Perhaps it’s too early to ask, but what are you currently working on?

I am working on a self-released project that will hopefully come out in December or early 2020. Other than that, I’m working on some secret projects I don’t want to talk about just yet. :)

Can you provide us with a photo of your studio? What are some studio essentials for you?

Moved into my own spot in June. It has a spare room that I’ve converted into a studio space, and it’s finally starting to come together in the way I want it to. Some pieces of gear I’ve been using a lot lately are the Sequential Prophet 6, the Teenage Engineering OP-1, and a Gretsch semi-hollow electric guitar.

I see the Nintendo Switch on your studio desk! What games have you been enjoying?

I’m a Nintendo boi for lyfe. Smash Ultimate is the game I play the most, Yoshi is my main. Other than that, lately I’ve been playing Untitled Goose Game, Hyper Light Drifter, and Luigi’s Mansion 3.

I’ve been aware of your music for three years, and your SoundCloud extends four years. Is this when you started taking your production seriously? Can you speak a bit on this passage of time?

The fantompower project started in 2013, in the summer before I started school at Western Washington University. I studied music and arts enterprise in school, and that combination of studies definitely influenced my decision to make the fantompower project my main focus. I grinded for years with the hope to maybe someday be able to do music full time. That day came sooner than expected; In January I quit my day job and started doing music full time.

How do you feel looking back and listening to some of your earlier tracks?

It’s really interesting actually, I truly believe that some of my best ideas came out of me when I had just started producing. The problem was that they were mixed poorly and didn’t really sound that great. But as I’ve progressed as a producer, I’ve been able to get better at making things sound the way I want them to. I think it’s only natural to want to fix things with your old work in hindsight, but for me, I see it as more as a place in time; a moment that got me to where I am now. I try to find joy in everything I’ve created.

Along with production, you are also in a band. Do you approach music with a different headspace depending on the direction?

For the most part I try not to make too many mental distinctions when I’m creating, regardless of the medium. Everything just starts with a small idea, then I do my best to expand on that and get it to sound or look the way it is in my head. The difference with the band is that is more like finding the right pieces for the puzzle. A lot of us in the band are into production or hip hop, so we are all really good at building off of each other’s ideas.

You also work with mixed media / collage art. How long has this artistic endeavor been active? How do you see it progressing?

After I started doing music full time in January 2019, there was a while where making music wasn’t all that fun to me. I felt this pressure to be ultra-productive because it was now my job to do so, but that pressure just lead to me having more anxiety about making music. I started doing collage stuff because it was a way for me to turn off the critical side of my creative brain; I began to create stuff just for the sake of creating again. Since then I have expanded into digital work and painting. The goal is to get to a place where my visual art is a journey of its own.

Outside of your own music, what have you been listening to?

The new Bon Iver record “i,i” is probably the thing I have listened to most this year. Justin Vernon is one of my biggest inspirations, and “i,i” is becoming one of my favorite albums of his. I recently got this beautiful vinyl set called “Kankyō Ongaku: Japanese Ambient, Environmental & New Age Music 1980-1990”, and I listen to it at least once a week. Other than that, I’m always listening to a lot of Debussy, Jpegmafia, Khruangbin, and Young Thug.

Do you have any words of advice for producers/musicians working on their craft?

Solely focus on crafting your vision until you’ve found something that’s unique and pure to you. Stay genuine with your intentions, NEVER try to make music for playlists or for clout’s sake because you will always be left disappointed. In my opinion, the most important goal for any artist is to make art that is timeless. If you focus on that, everything else will sort itself out. Good music gets heard, plain and simple.

What’s something you would have liked to have known when you first started taking your music seriously?

Your self worth as an artist is not defined by your productivity or metrics. It’s okay to not put out music constantly, it’s okay to go against the grain, and it’s okay to prioritize yourself and your ideas. After all, as an artist, your ideas are all you have. Trust them. 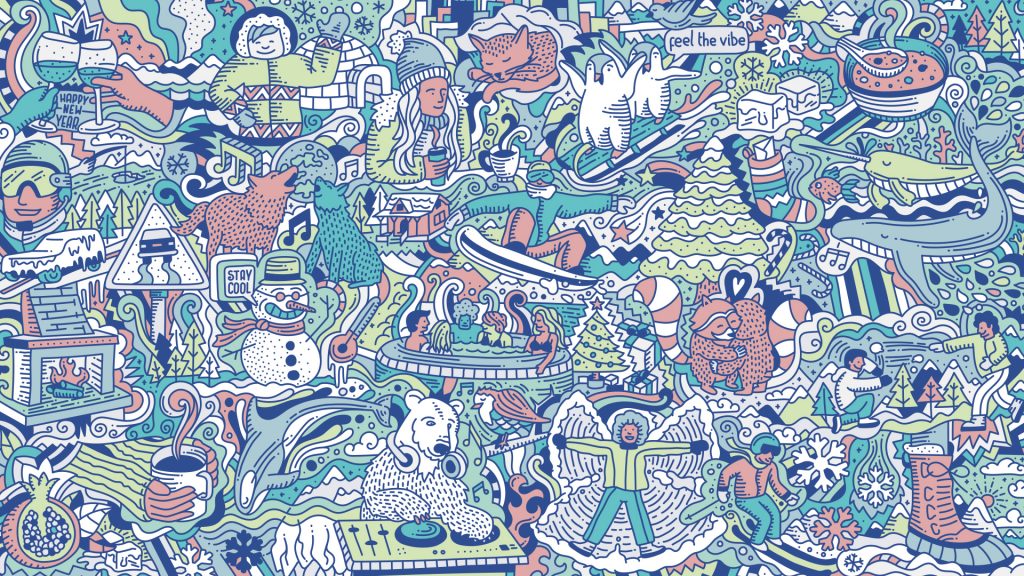 Chillhop Records released a winter compilation just in time for 2018 to come to a close. The 26 songs project is the fourth in a…
Read more