Tevy Dubray is both an illustrator and an animator. For her, the two are rarely separate from each other. The French visual artist has assisted with numerous animations for our YouTube mixes (Beats to swim/tan to, Late Night Vibes 3). Most notably, Dubray worked alongside Jeoffrey Magellan (who we interviewed last fall) for our 24/7 livestream. The Raccoon in its room, relaxing on its laptop.

Now, with the launch of our new livestream, where the Chillhop Raccoon escapes its room and takes a long walk, we felt it necessary to speak with Dubray, who worked independently on the newest urban woodland setting.

In the interview, Dubray discusses her history with animation, the process of collaboration, advice for visual artists, feature films, music, and more.

How long have you been working with animation?

I’ve been working in animation for 4 years now. Actually, I’ve mostly worked in background painting and design, keeping animation for the freelance work.

What was it like working with Jeoffrey Magellan for the previous Chillhop livestream?

Jeoffrey was a classmate in Art School so we already had some connections, but we never actually worked together (he was on the illustration branch while I was on the animation class). But we ended up working together on a feature film, and that’s when he offered me to collaborate for Chillhop. I feel we have a pretty good team, as we both complete each other rather well. He’s got a unique style, very free, while I’m more on a technical approach, which gives a balanced result. I learned a lot from him and I’m really happy with our collab.

For the new livestream, who formed the idea of having the Chillhop Raccoon leaving the bedroom and going for a walk?

It was a very long process to get there actually, there were a lot of previous versions of this scene. It’s already been a long time since we started working on this so I’m not really sure, but I think Bas was the one who brought the desire to open up the raccoon’s space. But it started with a simple fixed nature scene, passing of seasons, etc…We had a lot of back-and-forth and scrapped a bunch of work before someone brought forward this idea of walking in front of a looping landscape (honestly I don’t remember who…).

How different was this animation process compared to the previous livestream?

Actually this was a complete different experience, as this time I was alone on the project. The first livestream was actually mostly designed by Jeoffrey in terms of composition and setting, and the background was 100% his work – and I would design and adapt the animation to his ideas. This time I had a more global approach and could design the whole setting according to my needs. This was very valuable as this image requires a little more technical tweakings with the moving background and all, and I could really have fun with this. I could also try a new version of the raccoon, play with my original design, give them a different feel…This scene is, in the end, much more flexible to work with than the previous one, but it was also a technical challenge that I never really attempted before, so it really was lots of fun. :)

I recently watched your 2015 short film Rasmey and your 2016 short film Journey Through Creativity. Two truly beautiful pieces. What was the process like working on something so detailed and time-consuming?

Thanks!! Rasmey was my graduation movie, and Journey was made for TVPaint Developpement’s 25th anniversary…I was very lucky to be surrounded by very good teachers, friends and clients, who helped me and guided me along the way. These 2 films were my first steps in the industry – I have to admit that as I progressed along the way, I don’t really appreciate them anymore, as I only see the mistakes now [laughs]. I remember struggling to get organised, and ended up rushing a lot of things…But it’s good and empowering to see how I’ve got better since then, and I hope to continue that way. :)

With storyboarding/drafting, did you plan on these films to be longer/shorter? Were scenes cut and/or added?

The drafts for Rasmey were really complicated, the movie was very different at first. But my school and teachers had some guidelines that forced me to revise the storyboard and story a lot. Rasmey was first supposed to be a pretty classic story with a hero and magical creatures – but after months of rewriting, we went for something more simple (much shorter!!) but richer in subtext. It was a very difficult exercise for me but in the end, it really pushed me to try something different and much more interesting in terms of meaning and expression.

The process for Journey was much smoother…The context was very different in a way, I wasn’t in school anymore. So actually the story was designed in collaboration with my clients, but in the end the storyboard didn’t move much after that…What changed and was redone were some animation shots that didn’t really work at first, but nothing more.

What’s one thing you wished someone had told you prior to beginning work in animation?

That’s a hard one actually… In general, I am a bit angry that our art school was soooo hard when it comes to competition and ranking. I wish school would teach us to be supportive of each other, work as a team, and build our confidence and critical sense. I feel a lot of schools are on the “crush students’ egos to learn humility” trip, but the end result is only that young people start in the industry with total insecurity and constant comparison with others – which lead to bad atmosphere, useless stress, sometimes even abuse from employers who take advantage of this, etc…I wish we were told “you’re just starting, it’s okay to learn and sometimes fail. Here’s what you can do to do better” rather than “Oh, you struggle? That’s just because you’re not good enough. Just go work more.”

What was the process like making the leap from illustration to animation?

I never really made that leap actually…I drew a lot when I was a kid, and in high school I would do some (very bad) flipnotes in the corner of my books. I’ve always been into anime, French/Belgian comics and Mangas since I was like, 5, so to me everything always kind of went together. At first I was actually planning to go into comics and illustration, but in art school I could learn more serious animation and I really loved it, so I pursued this branch. Today I work in the animation industry, but as I said, I’m pretty much touching everything from animating to character/background design and painting, which is amazing!

Outside of Chillhop-related work, what else are you working on?

Right now, I’m developing a feature film with Denis Do – I’m doing the whole graphic design, and you can follow the evolution of the project at @sorya_the_movie on Instagram :) I’ve been working on this for 2 years now, and we’re finally starting to build something concrete. I’m also developing another feature film which is still secret for now. Also, I usually have some missions on other productions as a background painter or layout artist.

If you can, please provide an image of your work space / studio (or describe with words). What are some essentials?

[laughs] It’s too messy so no. :D But basically when I’m not working in a studio, I work in my living room by the balcony… I have my little work station nicely stuck between the balcony and the bookshelves, with a few plants and a lot of mess. I’d say my essentials to have a nice day of work would be a very sweet coffee with milk, some good and long podcasts / Let’s Plays / documentaries in the ears, and my two rabbits sleeping on their cushions near my feet…I mostly work with the Adobe collection (Photoshop, After Effects and Premiere), and I animate on TVPaint or Harmony.

Being as how Chillhop is a music label, what have you been listening to recently?

To be honest, I don’t listen a lot to music, but when I do, it’s mostly video game OSTs [laughs]. Right now, I just finished Cadence of Hyrule and the music by Danny Baranowsky is really cool. During cleaning time or writing stuff (like right now), I’m listening to that as it’s pretty chill and atmospheric…

What do you relate to more? Going outside for a walk or spending the day indoors?

I’m totally a cave raccoon…I love the outdoors but nothing will feel better for than staying cozy at my desk, with a blanket and a tea, while a storm is raging outside.

Do you have any advice for artists/animators working on their craft? Or perhaps a better questions, what’s something you would have like to have known when you first started taking your craft seriously?

As I said earlier, I think the best advice I’m trying to follow is staying benevolent? I feel like learning is much easier when it’s fun, and too much pressure and jealousy just spoils the joy of doing what we love. Staying humble towards others and also ourselves, being okay with all the things that we still have to learn and not feel pushed down when we meet people that are better than us…The peace of mind it gives lets so much more space to actually learn stuff and improve!! The animation industry is rough, but it’s also filled with lovely people who just want to make pretty stuff in good condition. I’d say seek those people, find what inspires you, and be kind to yourselves. ^^ 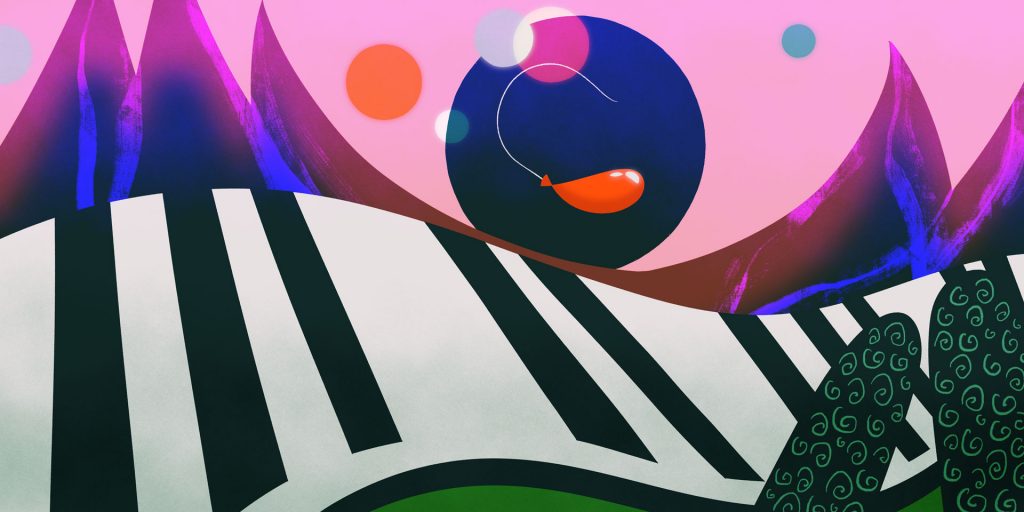 You Have to Really Work: An Interview with Daniel Stankler

Animator Daniel Stankler is a new name in the art world but continues to gather acclaim and attention with each and every release. After letting…
Read more