German producer The Breed might have invented the genre c-funk: chillhop g-funk. Blending g-funk with boom-bap and soulful beats, The Breed (who remains a private faceless figure) recently released a ten song album through Chillhop Records called Smunchiiez (the name is explained below). The album is a synth-driven, laid back slice of spring and summer. It’s something to kickstart sunny skies. On top of the smooth instrumental album, The Breed also fully produced an LP for German rapper PLUSMACHER called Hustlebach, which will be released this month. Prepare for your summer right now by getting familiar with this grooving beatmaker in our interview below, where you’ll find out about Dr. Dre, licorice, and lemonade. Be sure to loop Smunchiiez while you read.

How long have you been producing music?

I started the whole BREED thing in 2012.

How would you describe your new project to a stranger?

Make sure the sun is shining right in your face and it’s warm. Now get yourself some good ass food and start making love! That’s the sound you’re about to hear. Haha!

What was the process like working on this ten song project?

In comparison to my first two records “The Beauty and the Breed” and “Sexbox“, I had a different approach this time. I wanted to dig more into this chillout beat sound. I actually heard that sound a lot and most of the records I liked were Chillhop Records. So it’s kind of crazy that the record now is actually released through you guys.

But I didn’t want to just copy the existing formula. Instead I combined it with my way of producing G-Funk or Boom-Bap type beats. Smunchiiez is like an interesting hybrid of G-Funk and Chillout Lofi Sound. I call it “Chillout-G-Funk”…maybe C-Funk sounds even better… 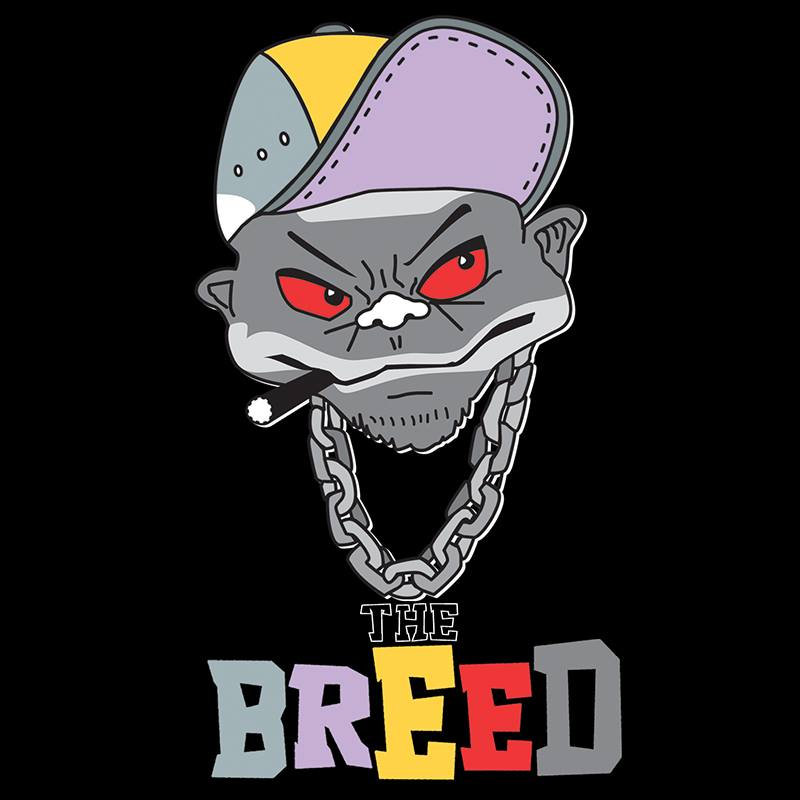 What’s the origin behind the name Smunchiiez? Do you have any favorite munchies?

Smunchies is a slang word for munchies after having sex with someone. Two great things together. Sweets and Sweethearts. That sounded perfect for my type of music. I personally love licorice! I die for this shit! The best stuff comes from Netherlands and Finland. My first track on the Chillhop Winter compilation was called “Salmiakki.” That’s a Finnish Licorice Liqour. Very tasty! So I switched the word Smunchies to Smunchiiez and gave it a kind of Scandinavian vibe…So that’s my code for eating licorice after making love! Haha!

What’s the rest of the year looking like for you?

Work, work and work! Lot of releases that I produced. In June for example the new PLUSMACHER album drops that I produced entirely. That’s a well known German rapper. Pre-orders are doing pretty good right now.

But I also want to get a new instrumental LP together with a very known producer that I’ve adored for a couple of years! That’s going to be fun! We just need to find the time for it right now. Time is a quick asshole sometimes, man!

Really not too crazy. I got my Cubase and a couple of synths (mostly Korg). I use a lot of software as well. Still have a first generation Maschine. Sometimes I just resample stuff I played on the keys in there. And then a lot also comes from guitars or other live instruments. For Smunchiiez I had a cool dude who played some sax licks on some of the songs. I used them with crazy effects and boom here we go. I really love the classical instrumentation with mostly organic sounds.

You’ve produced for a bunch of rappers. Do you approach music differently if it’s for a vocalist as opposed to an instrumental?

Yes totally! Smunchiiez was really made to work without any raps on there. I used a lot of second melodies played by lead synths or whatever to fill out the missing vocals. For me that’s really the most fun. Playing the synths like a voice and letting the sound become a singer that’s the best part of it!

When I work with rappers it is a totally different approach. I really dig into the artist’s world and try to find ways to refresh the artist’s sound but still keep it suitable for him. I also love to challenge artists and get them out of their comfort zone. But in the end it is way less about me and more about what’s best for the artist. When I do my own stuff I try to set myself new challenges and it is a lot more like playing and having fun and less like creating a hit that climbs to the top of the charts. I guess that’s the biggest difference.

Given the artwork, what’s your favorite kind of fruit to have with chocolate?

As I said, licorice with chocolate! Bäämm! Marvin Bruin did a phenomenal job on this one! We actually already had two other artworks for the record but Marvin just nailed it! So we took his version.

Your music is often classified as g-funk and boom bap. Who are some inspirations and influences for your sound?

Of course Dr.Dre. But also the team behind him such as Battlecat, Daz Dillinger, and of course DJ Quik.

Since we are talking g-funk and Dr. Dre, do you prefer The Chronic or 2001?

The Chronic is the blueprint but sound-wise and all together 2001 was and still is one of the best records, period!

Your producer persona is anonymous and you let the music speak for itself. Have you always preferred to have privacy?

Do you have any advice for producers working on music?

Go work on your craft and dig deep into production technics! It helps you a lot! And you are not a producer because you can put together sample packs on your laptop! You’re just going to sound like all them other dudes out there! Producing is about developing a vision.

Thanks to all the people at Chillhop for their work with producers in general! That’s a very important job you do!