In the summer of 2019, Chillhop began working with Indonesian comic artist Nugi. At first, Nugi created four panel comics with our Raccoon pouring coffee, charging the phone, going for walks. Eventually, the comic turned into something more episodic and interactive, where our Raccoon attended lofi concerts and producer workshops.

The comic series further molded into atmospheric scenes, with less focus on the story and more focus on the mood. Nugi helped us carve pumpkins for Halloween, bake food for Christmas, and watch the fireworks to begin 2020. With thirteen collaborative comics, we decided to chat with Nugi and better explain the story behind the artist. Enjoy the Q+A below, as well as a majority of the art.

To begin with a bit of background, what’s your history with art?

I’ve loved drawing since I was a kid. I started getting seriously into comics in high school. I took art lessons and I met a comic community in my hometown. I learned lots of stuff from my art teachers and people from the community who have a lot of experience with comics, illustrations, and cartoons. I love doing animations and I learned it myself.

Where are you from and what’s the music/art scene like in your area?

I come from Bandung, West Java, Indonesia. The music genre here is most likely indie music, pop, and whatever’s popular on the radio. Some people are starting to gain interest with some other genres too. Like k-pop, electro, and even lo-fi. Moving on to art, lots of people like to read comics, either from comic books or webcomics. Particularly in Bandung, there are a lot of talented street artist who likes to make mural arts.

How did you first come upon Chillhop?

First time I found Chillhop when lo-fi radio was trending on YouTube. I was looking for music on YouTube and then I came across to Chillhop’s YouTube channel. Since then, I started to listen to Chillhop’s livestream while studying, drawing or before I go to sleep.

What made you decide to create that first piece of Raccoon fan art?

I decide to make the fan art of the raccoon because I like the raccoon’s character. Very chill and relaxing.

You have released 13 comics with us. Is one in particular your favorite? Which one was the most difficult?

My favourite one is when the raccoon goes outside while listening to L’indécis music. And the winter cabin. Maybe one comic I think was hard for me to make was the collaboration with Birocratic because I don’t have any experience going to music workshops. I could not find any references because it is quite rare here. I enjoyed drawing it and it turned out really well. The only part I found difficult was to find the idea for the comic and how it will go from panel 1 to panel 4.

Outside of Chillhop-related comics, what are you currently working on?

Currently, I am a freelance artist. I do commissions and make logo designs. I sell my own comic books and merchandise at the comic convention. I also do mural art, like drawing on a wall in a cafe, or paint a wall on the street because the neighbourhood requested.

You have numerous web comics online. Are you developing more at the moment?

I am still making a storyline and sketches for the webcomic. I’m trying to develop a better story for my characters like Evie & Kubi, Sharsa. But right now, I don’t have much time to finish them because of commissions and doing other stuff.

Are you working on animation as well?

I do like to make animations. For example, making an animated comic or doing stop motion. Although I am not working with animation right now, I’m looking forward to making one and learning new techniques because I am still new to animation.

What are some studio essentials while you create?

I am using Photoshop CC for drawing. Sony Vegas for animation and video editing and Wacom drawing pen tablet. Sometimes  v60 coffee with ice will be needed.

Who are some comic artists you admire?

What video games have you been playing recently?

Nowadays, I play survival games like Oxygen Not Included, Minecraft, Terraria, and Don’t Starve Together. I also play Mobile Legends (like League of Legends mobile version), Team Fortress 2, and Osu. I play them mostly with my friends.

What are some Chillhop releases you particularly enjoy?

The best ones I enjoy are the Chillhop Essentials and the new livestream of the raccoon taking a stroll.

Do you have any advice for artists working on their craft?

Do you mean artists in Chillhop? Or artists in general? My advice, in general, is to be always inspired and motivated. You need to explore your world in order to get them. As for artists who work in Chillhop, I get inspired by them a lot so keep up the good work!

What is one thing you know now that you wish you knew when you first started with your art?

I was a super shy person (I am still now but improved haha). I was scared and anxious when meeting other people, especially a new one. But the community and my homeschooling friends changed me bit by bit. I wish I could go back and be brave/confident since then so that I can ask other people more about comics, drawing, and animation. That way I could have started earlier than now. 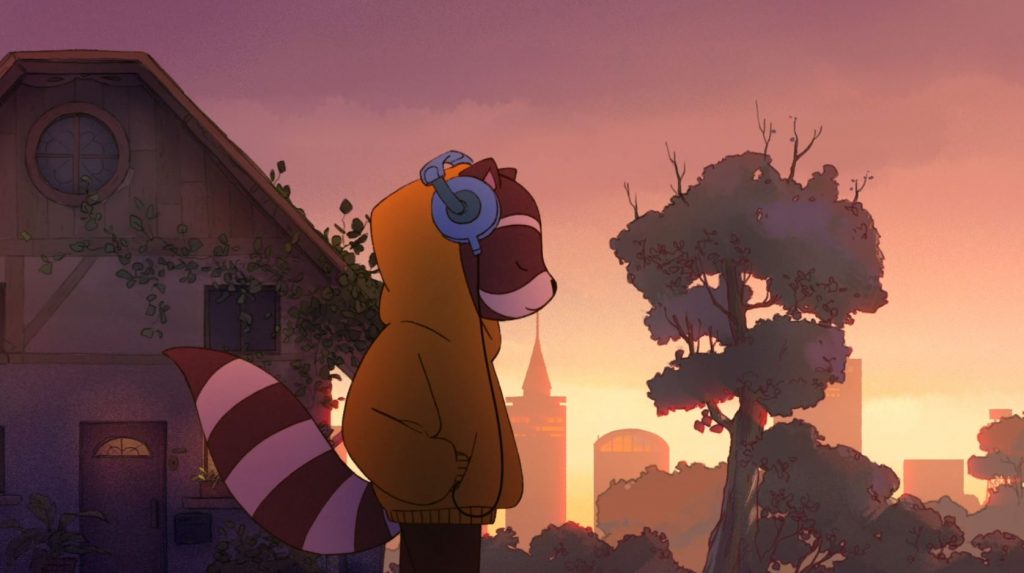 Tevy Dubray is both an illustrator and an animator. For her, the two are rarely separate from each other. The French visual artist has assisted…
Read more

Wenyi Geng was born in Japan, raised in China, resided in New York for art school, and has now, just recently, moved back to Japan….
Read more